What if the Bauhaus was reinvented for the Metaverse? How can we imagine a humane digital future that celebrates the creative impulse and humane values and embraces technology? 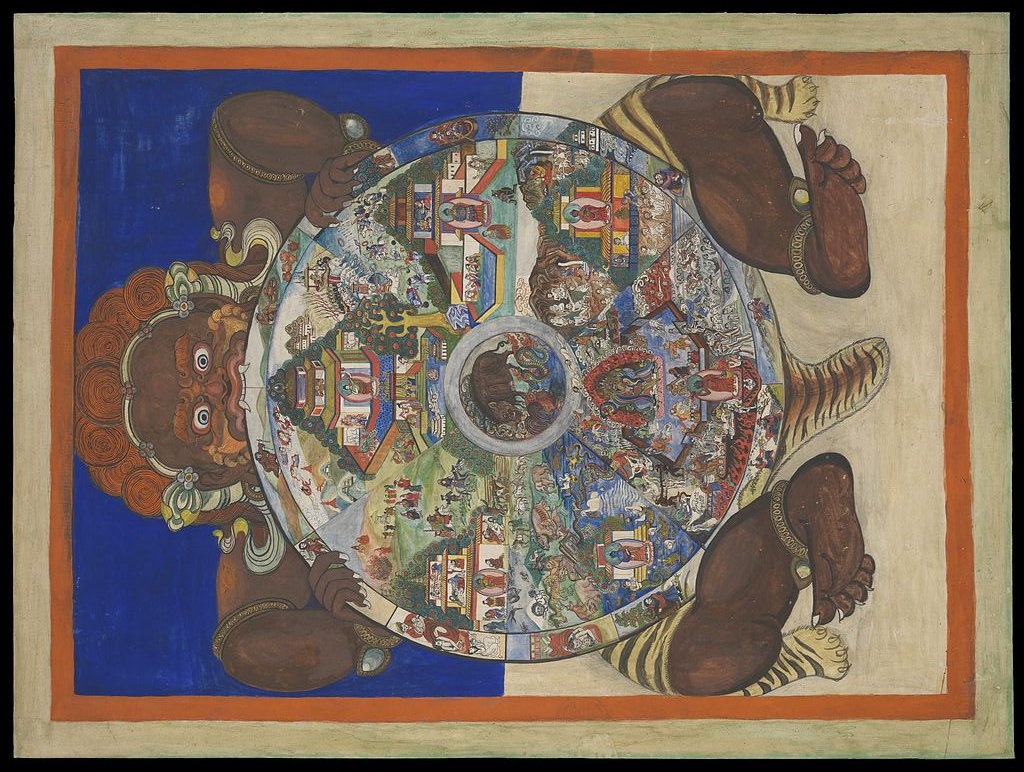 I am of the age at which that supreme idiot, Don Quixote de la Mancha set out to conquer the windmills of the world.

That was four hundred years ago. Four hundred years later, another ragtag crew climbed aboard the Rocinante in the best Science Fiction TV series ever made: the Expanse. I am so looking forward to season 6.

Did you know that the Expanse’s showrunner, Naren Shankar, has a PhD in physics? Or that he’s named after another man who made a fateful trip across the oceans: Narendranath Datta, better known as Swami Vivekananda?

I am about to venture in pursuit of windmills myself

The last I wrote in public with any regularity was in the spring, but I stopped sharing in public once it became clear that the topic was too technical for a general audience. Since then I have been looking for a topic that satisfies three constraints:

3. I have something interesting and important to say about it, or at least I believe I do.

After a bit of looking, I found a topic that meets all these criteria: the metaverse.

The metaverse is going to be my main public writing project for the next year. Expect weekly updates.

The story of the metaverse is the story of many other M’s: myths, minds, metaphysics, mathematics…. The metaverse of thought has a long history, for example, as correlative thought in China.

And with these maturing digital technologies, we have a new mode of grasping the Bhavacakra systematically. The old mode:

But that’s a long ways away with many windmills to defeat before we get there. We first need to understand metaverse technologies as they’re being developed, but not with the usual capitalist world domination in mind. Fortunately, we have an earlier model of creative engagement with the future we can learn from:

Question: what will a Bauhaus for the Metaverse look like?

Some years ago,I had the thought that we can create a better future for all of us if some of us are able to experience that future today. There’s nothing original about the thought itself, but the execution had a bit of originality attached to it.

I called that visceral experience of the future “the sensome,” i.e.,a way of getting the future into our bones.

The sensome was a bit too ambitious; I managed to convince a few friends who brought in a couple of influential voices, but the city didn’t buy the plan. But the idea remains evocative isn't it: live the future today, so that you can make the future tomorrow.

What does the sensome have to do with the Metaverse? Isn’t the metaverse about digital avatars and immersive technologies?

As it turns out: everything. What’s more immersive than the real world 😀? It's a matter of re-imagining the material environment as an extension of our digital one; also, isn’t the idea of cutting a piece of the future and pasting it into today an inherently computational idea? Who cares if it’s we do so through a collective act of make-believe or inside a VR cave?

That failed experiment ended four years ago. Since then the metaverse has exploded into the mainstream. As with AI, the main driver for creating digital worlds has been improvements in hardware. Cheaper prices have brought identity and immersion technologies within the grasp of the prosumer. So much so that Mark Zuckerberg went on record saying Facebook will become a Metaverse company.

The Facebook founder isn’t the only person talking about the Metaverse. The games Fortnite and Roblox are pioneering an idea of gaming in which players can nest games within games and port game avatars and other identities from one game to another or even into the real world.

In the soon to arrive capitalist utopia, I should be able to take the winnings in an online game, walk up to the corner store, grab a sandwich and walk out with my hands a little heavier and my game winnings a little lighter without any interaction with a human being. Or the other way round: purchase goods on Amazon and use the points to buy a gun or a starship in the online universe. BTW, both of these are possible today, but the systems are far from being integrated.

The digital and the physical should merge as much as possible. But we don't want the merger to become private property!

The metaverse will either deepen our dystopia or help imagine a better world, or both, but before we use it for these purposes, we need to get our grips on what it is.

The Skin of the World

Let’s start with the official definition from the best known primer on the Metaverse:

The Metaverse is an expansive network of persistent, real-time rendered 3D worlds and simulations that support continuity of identity, objects, history, payments, and entitlements, and can be experienced synchronously by an effectively unlimited number of users, each with an individual sense of presence.

The Metaverse is the Skin of the World

The metaverse is not the first skin of the world either: can you think of another technology that allows “persistent, real-time rendered 3D worlds and simulations that support continuity of identity, objects, history, payments….”?

That would be the most important technology in the history of civilization, namely, writing. Writing happens to do all these things and much much more. It enables mathematics and science; it enables bureaucracy, politics, treaties, maps, boundaries and nations.

Writing enables all things human. We live in a text eaten world.

But there’s a decent chance that whatever writing can do, code can do better. The Metaverse layers the digital like a skin on the physical, a universal UI through which we access everything. If you’re a VC, that skin might appear as if ‘software is eating the world’ but that’s like saying writing has eaten the world. Yes, that’s true but it’s truer to say that in literate societies our engagement with the world is mediated by text.

1. Technologies that change our experience of the world.

2. A mind extension that expands our cognitive capacities in yet to be foreseen directions.

3. A metaphor for reality itself.

If the mature Metaverse is at all like writing, it will go beyond persistence, identity etc and redefine our experience of the world, and in particular, redefine what it is to be human. It will be a technology - or more precisely, a set of technologies - that defines the human condition.

That’s my Metaverse: as much metaphysics as mechanics.

The Metaverse as Mind Design

We can talk about the metaverse by centering the technology or by centering the human. I will focus on the latter: the metaverse as an extension of human cognitive capacities, though I will keep an eye on the parade of metaverse technologies and pay attention to the big picture. There’s a history to this framing of the metaverse; it’s the polarity between ubiquitous computing and ambient intelligence. UC was the term du jour for an environment saturated with computing that supported identity, interaction and other computing enabled services. While ubiquitous computing was a tech-centric view of a software eaten world, it came with a cognitive counterpart: ambient intelligence.

Extending our collective wisdom is central to the promise of the sensome.

So instead of conceiving the metaverse as a set of technologies, why not conceive it as an extension of our minds - as ambient intelligence 2.0 rather than ubiquitous computing 2.0?

In some ways, the hype about the metaverse is taking us back to the mainframe age with all of us plugged into one computer in the sky. It’s a totalitarian vision that can’t be overcome by making the technologies open source and/or their protocols democratic.

But I can easily imagine a near future (~ 10 years) in which there’s a truly inclusive metaverse, one which is public rather than private, perhaps the first universal global infrastructure in the history of humanity.

A utopian vision, but a conceivable one. Here I am taking a page out of design fiction:

So instead of asking how much money or fun there’s to be had today, I will start by asking two questions:

That human-centric metaverse is the main topic of my exploration.

Humane technology was central to the Bauhaus movement:

The Staatliches Bauhaus (German: [ˈʃtaːtlɪçəs ˈbaʊˌhaʊs] (listen)), commonly known as the Bauhaus (German: "building house"), was a German art school operational from 1919 to 1933 that combined crafts and the fine arts.[1] The school became famous for its approach to design, which attempted to unify the principles of mass production with individual artistic vision and strove to combine aesthetics with everyday function.[1]

So let me end with the question I posed earlier:

Question: what will a Bauhaus for the Metaverse look like?

I’ll admit it: I’m a sucker for the minimalist Bauhaus style, and we have much to learn from its celebration of the creative impulse, its humane values and its embrace of technology. The Bauhaus was very much a product of the first industrial age, with its focus on mechanical processes. Heads and hands have come much closer today, and we will have to design a future that reflects their merger.